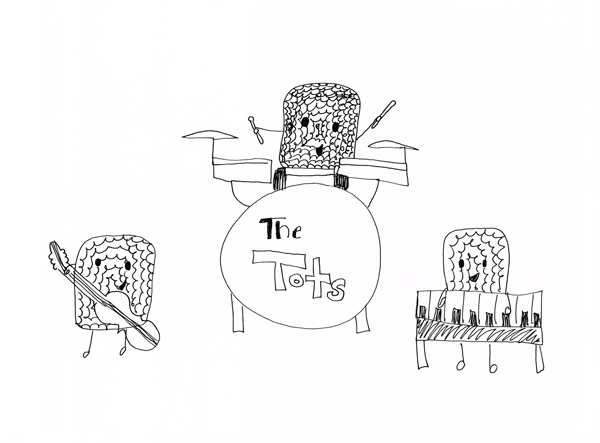 The next day, Moe and Pete met at Joe’s garage and started practicing. On Wednesday, Joe and Moe met at Pete’s house. On Thursday, when Joe and Pete were going to Moe’s house, his mom said he was SICK! That made Joe and Pete feel very nervous about their concert the next night.

Finally, it was Friday but Pete and Joe were still nervous and anxious. They were wondering if Moe would feel better and come. But, the possibilities were unlikely. Five minutes before the concert started, Moe came just in time! Their song was called ‘The Tots Know A Lot’. The band was such a success that they each got paid $500! It was tot-ally awesome!